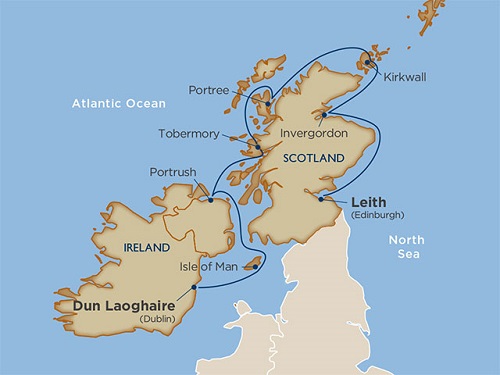 Day Dun Laoghaire (Dublin), IrelandDeparts 05:00 PM
Dublin is a city of delights and surprises. Stroll across the HaâPenny Bridge to Trinity College for a glimpse of the Book of Kells. Step inside the 11th century Dublin Castle. Stop by the Guinness Storehouse or Old Jameson Distillery for a taste of Irish history. And embrace the beauty of Dublin Bay, a UNESCO Biosphere Reserve. 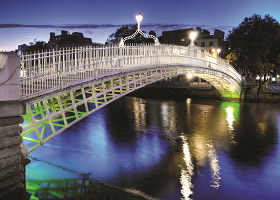 Day Isle of Man, United KingdomArrives 08:00 AM Departs 04:00 PM
From the Manx Grand Prix to the 14th century castle at Peel. From Rushen Abbey to the islands own breed of cats and sheep. The Isle of Man stands on its own. Here you can enjoy one of our most exciting optional excursions  experience the motorcycle course that draws fans from all over the world on our own specially designed 3-seater Trike. And enjoy beautiful scenery of this UNESCO Biosphere Reserve while you ride. 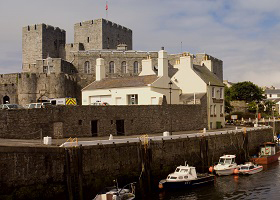 Day Portrush, IrelandArrives 08:00 AM Departs 08:00 PM
Enjoy this beautiful Northern Ireland resort town, graced by sandy beaches and wonderful tide pools. You may also want to visit Belfast from here, with its superb gardens and architecture. Or arrange a side trip to the famous Giants Causeway, a UNESCO site. A visit to Mussenden Temple at Downhill Demesne will heighten your appreciation for the builders art. 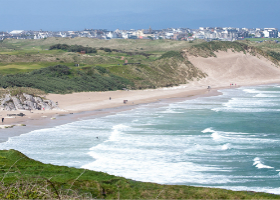 Day Tobermory (Isle of Mull), Scotland, United KingdomArrives 06:00 AM Departs 04:00 PM
Tiny, tidy Tobermory welcomes you to the Isle of Mull, largest of the Inner Hebrides. The colorful town is curved around its harbor, and the Mull Museum is a good place to start discovering more about the island, as well as its maritime and crofting background. Iona Abbey is an atmospheric relic of ancient times, with a Gothic and Romanesque nave. Nearby Duart Castle is one of the oldest inhabited castle in Ireland, the seat of Clan MacClean. The central keep was built in 1360. Glengorm Castle is scenically situated overlooking the sea and the distant Outer Hebrides. Retire to the small Tobermory Distillery, one of Scotlands earliest, for a taste of single malt whisky, then keep an eye out for a glimpse of the magnificent white-tailed sea eagles recently re-introduced on the island. 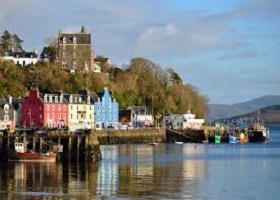 Day Portree (Isle of Skye), Scotland, United KingdomArrives 08:00 AM Departs 05:00 PM
"The Isle of Skye, the largest of the Inner Hebrides, offers an intriguing and curious contrast of landscapes and cultures. Between the green rolling hills and the jagged mountain ranges, the Quiraing ridge dominates the north of the island, attracting wildlife watchers and hikers keen to test their abilities. The islands rich with history, tooits Celtic, Norse and Scottish influences can be picked up in casual conversations (and more formally at the Aros cultural center), while Scottish Gaelic is enjoying something of a revival. Skyes also home to 170-million-year-old dinosaur footprints, the 800-year-old Dunvegan Castle and the Talisker distillery which dates back to 1830. Portree is the center of commerce and cultural life on the island, with a number of boutiques, cafés and pubs that belies the towns size. The eye-catching harbor welcomes cruise ships and fishing boats bringing in the days fresh catch (which you can easily find at the many restaurants). If you choose to remain near the harbor, spend at least an hour wandering the narrow streets nearby. " 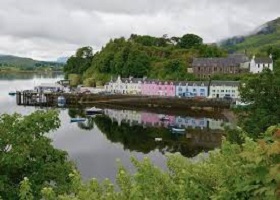 Day Kirkwall, Scotland, United KingdomArrives 09:00 AM Departs 06:00 PM
"While the southernmost isles of Orkney closely straddle the northeast corner of the Scottish mainland, historically the archipelago (around 70 islands in all) and its people have had as much in common with Scandinavia as they have had with Scotland. In fact, until the 15th century, the Orkney Islands were politically part of Norway. Today the Orcadians are a fairly tight-knit and cooperative group of Scotsa rich community of artists and crofters (small-holding farmers), fisherfolk and those in the trades. A key attraction for tourists is the wealth of prehistoric sites on Orkney, including standing stones, burial chambers and even Stone Age settlements, such as Skara Brae, inhabited sometime around 3000 B.C.E. More recently, because of its isolation, Orkney was chosen as the place to keep Italian prisoners of war during WWII; a chapel built by them is a popular site to visit." 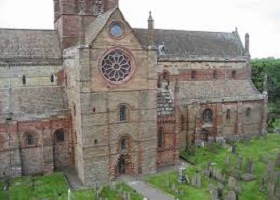 Day Invergordon (Inverness), Scotland, United KingdomArrives 08:00 AM Departs 11:00 PM
"Welcome to the Highlands, the wildest and least trammeled region in the entire United Kingdom. Inverness is considered the Highland capital and, while a very small city by international comparisons, it does offer more than a few hours of enjoyment and entertainment with first-class restaurants among its attractions. Just outside Inverness is a trove of Scottish and Celtic history, myth and natural beauty amid unspoiled glens, mountains, lochs, rivers and more. Most famous among the attractions is no doubt the legendary (and likely imaginary) Loch Ness Monster, though for the less frivolous traveler, the sites associated with Scottish history will hold more appeal. For example, the Culloden Battlefield, where the 1746 stand-off between Bonnie Prince Charlie and the army of the Hanoverian King in London put the nail in the coffin of any Jacobite rebellionand led to years of Highland repression to ensure no further uprising ensued." 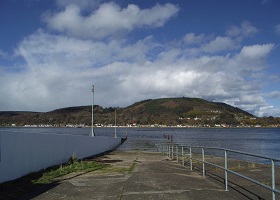 Day Edinburgh, ScotlandArrives 09:00 AM
From the Firth of Forth, a UNESCO site, to the Royal Mile, Edinburgh is steeped in history. Edinburgh Castle. The Royal Botanic Gardens. The UNESCO site of Old Town. The wonders of Edinburgh are never ending. From one of Europes best-preserved castles to the worlds longest herbaceous border, a riot of color and culture pervades. In this city as old as Scotland itself, youll find the perfect blend of historic tradition and natural beauty. 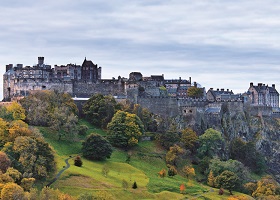