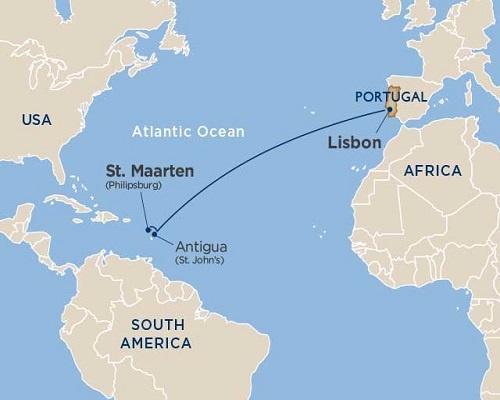 Day St. Johns, Antigua and BarbudaArrives 08:00 AM Departs 07:00 PM
"The former British colony of Antigua is something special. Just ask Richard Branson, Eric Clapton, Giorgio Armani and Oprah-they all have homes here. Known for its beaches-there are 365 of them, all white sand lined with palm trees-Antigua also boasts charming harbors and a countryside dotted with old sugar mills. At one time the island was a juggernaut in the sugar trade, and also produced tobacco and cotton. Today, agriculture is still important, with Antiguan sweet potatoes, black pineapples and guavas being among the major crops.

The capital city of the dual-island nation of Antigua and Barbuda is St. John's, the center of commerce, with international banks and boutiques as well as a lone rum distillery. Elsewhere on Antigua, English Harbour is of particular note for its maritime heritage, historic sites and excellent restaurants-plus, while there, you'll get to glimpse some impressive yachts as they sail in and out of the bay. The highlight is the restored Nelsons Dockyard, which features gorgeous 18th- and 19th-century architecture but also buzzes with modern eateries and shops. " 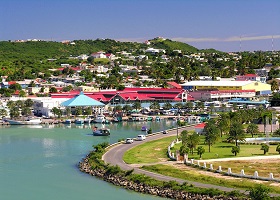