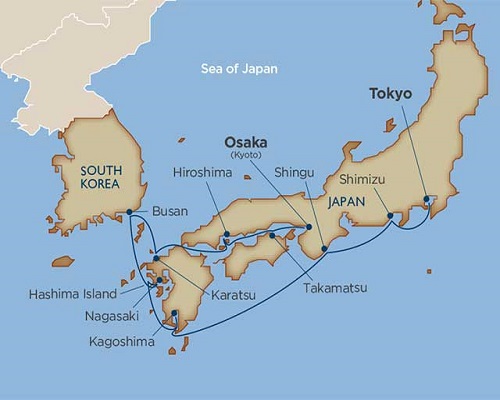 Day Kobe, JapanDeparts 06:00 PM
"One of the greatest things about Japan is its attention to detail. Nothing is too small for consideration. Nailheads on temple walkways are hidden by inlaid metal covers. If the train schedule says the train arrives at 11:05, it will not be there at 11:04; and if its more than 10 minutes late, you can get the rail line to give you an excuse form to present back at the office, explaining your tardiness. Shops sell combs and hairpins made with the same patterns and in the same way as 500 years ago. 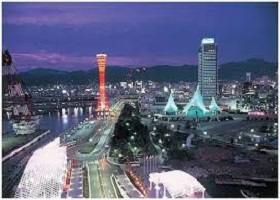 Day Takamatsu, JapanArrives 07:00 AM Departs 06:00 PM
Takamatsu is located on Shikoku, the smallest of Japans four main islands, in the Kagawa Prefecture on the Seto Inland Sea. During the Edo period, it was famous for its seaside castle, one of the few with a moat utilizing seawater. The castle was destroyed during the Meiji period, and today the so-called Sunport waterfront project has substituted the Symbol Tower, Takamatsus tallest building, for the castle tower that once graced its flag. Long an important port for Japan, Takamatsu was nearly destroyed in 1945 by Allied incendiary bombing. A portion of the famous castle, including foundations and part of the wall, still strand on the city-center park, and there are plans to reconstruct more of it. The Ritsurin Koen garden, first built in the Edo period, survives, and makes a welcome oasis in the city, with a folk museum, rest houses and a tranquil tearoom among lakes, hills and groves of cherry trees that bloom in the spring and flame into color in the autumn. The Shikoku Mura is an open-air museum with traditional buildings gathered from all over Shikoku on display. The Yashima area boasts an Isamu Noguchi Museum dedicated to the late designer, artist and sculptor, with several traditional buildings he relocated and used as work spaces and galleries, along with many finished and unfinished sculptures. There is also a lovely Yashima Temple halfway up the mountain, and at the top, an observation deck with breathtaking views of the city and port. 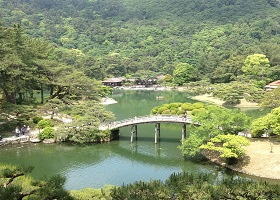 Day Hiroshima, JapanArrives 08:00 AM Departs 05:00 PM
"Hiroshima means wide island in Japanese. The city was established in the 16th Century on Japans largest island, Honshu, and grew into an important shipping center and prefecture capital, boasting a fine castle. Although it was an important city in Japan throughout the imperial period, its reputation in the greater world was burned into history when it became to target of the first atomic bombing of a civilian target in August of 1945.

Within a few years, Hiroshima had begun to rebuild, and the city became the focus of an international movement to eliminate nuclear weapons from future wars. Relics of its past such as the impressive Hiroshima Castle and the tranquil Shukkeien Garden were rebuilt, and the city undertook the construction of a Memorial Peace Park, which today attracts visitors from around the world. The park, which holds a museum and a memorial Atomic Dome constructed on the closest remaining building to the blast site, is a moving and impactful place of pilgrimage in this re-born City of Peace. One notable feature is a colorful memorial to Sadako Sasaki, a young woman whose dying wishes for world peace were recounted in the story A Thousand Paper Cranes." 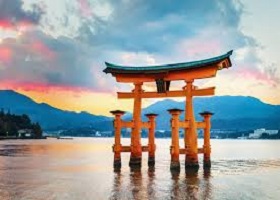 Day Karatsu, JapanArrives 11:00 AM Departs 06:00 PM
Located on the island of Kyushu, Karatsu is one of the closest Japanese cities to the Korean Peninsula. Karatsu Castle is the main attraction here. Built in 1608, it houses a museum of the castles history and Karatsu ceramics. Karatsu is also known for its pottery which can be viewed at the Karatsu-yaki Pottery Gallery. Also worth visiting is the Karatsu Hikiyama Exhibition Hall which displays the 14 floats used in the annual Karatsu Kunchi Festival in November. 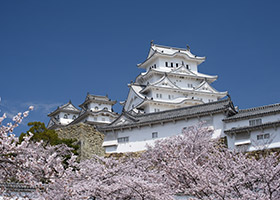 Day Busan, South KoreaArrives 07:00 AM Departs 04:00 PM
The second largest city in South Korea is a popular leisure destination due to the nearby hot springs. It is home to many famous beaches that lure visitors from around the world and the UNESCO site of Gyeongju an outdoor museum that was once the capital of the Silla Kingdom and holds many architectural points of interest including ornate temples. Also of interest is South Koreaâs largest temple, Tongdosa Temple, renowned for having no outdoor statues. 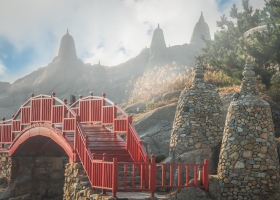 Day Scenic Cruising: Hashima Island / Nagasaki, JapanArrives 06:00 AM Departs 07:30 AM / Arrives 10:00 AM Departs 07:00 PM
Cruise around the island of Hashima, abandoned over 50 years ago when the coal mining that flourished there suddenly ran out. The mining company shut the mine down and the island has been a ghost town ever since. (Visibility depends on weather conditions.) 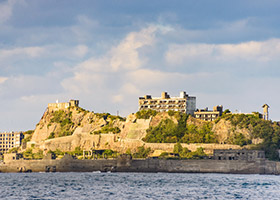 Day Kagoshima, JapanArrives 09:00 AM Departs 06:00 PM
"Situated at the southern tip of Japan, Kagoshima is the capital of the prefecture of the same name and famous for its dramatic views of Sakurajima, an active volcano that smolders across the bay. One of the most popular activities is taking a ferry to Sakurajima and hiking on the 100-year-old lava flow that is now a grassy peninsula. Kagoshima, however, offers much more than the volcanos almost overwhelming beauty. The food scene provides opportunities to experience the areas rich culinary culture and features dishes using locally caught fish and regional specialties, like satsuma age (deep-fried fish cake) and shōchū, a traditional beverage made at more than 100 distilleries in Kagoshima alone. 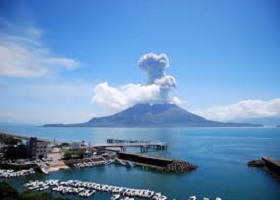 Day Shingu, JapanArrives 07:00 AM Departs 05:00 PM
For over 1,000 years pilgrims have traveled to the Kumano Region to pray at the three Sacred Kumano Shrines. In Shingu you can see the Hayatama Shrine and the Kamikura Shrine. Both of these shrines are part of the UNESCO World Heritage Site known as Sacred Sites of Pilgrimage Routes in the Kii Mountain Range. The Kamikura Shrine sits on Mount Kamikurayama and requires climbing 538 steps to reach it. 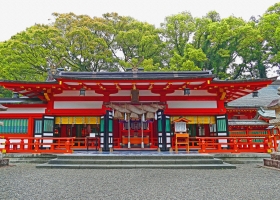 Day Shimizu, JapanArrives 08:00 AM Departs 06:00 PM
Shimizus rich cultural heritage is rooted in the surrounding Shizuoka areas history as the home of Tokugawa Ieyasu, the founder of the Edo shogunate, following his retirement from government. A collection of historic buildings in the vicinity, such as Kunozan Toshogu Shrine (designated a National Treasure by the Japanese government), Sumpu Castle Park, and Shizuoka Sengen Shrine, depict a fascinating portrait of the life and accomplishments of this major historical figure. The Shizuoka areas ancient culture is available not only for observation but for hands-on experience as well. At Sumpu Takumi-shuku, visitors can try their hand at making traditional Suruga handicrafts characteristic of the Shizuoka region, such as bamboo works, dyes, and lacquerware. 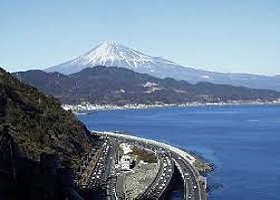 Day Tokyo, JapanArrives 08:00 AM
There are so many interesting things about Tokyo it is not possible to list them here and you will want to plan to extend your stay. This is the place for excellent and unlimited shopping choices and from where new fashion trends seem to spring. It offers excellent cuisine and has earned mention on the UNESCO Intangible Cultural Heritage List. Even though Tokyos neon-lit streets make it seem modernistic, it also prides itself on retaining its shogun past, carrying on sumo tournaments and kabuki productions. Tokyo is also committed to providing green spaces in the city or on the outskirts, quickly reached by train.