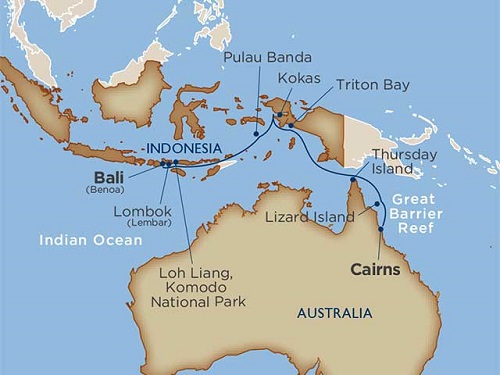 Day Benoa (Denpasar), Bali, IndonesiaDeparts 06:00 PM
Located on the southeastern coast of Bali is the small village of Tanjung Benoa. Still considered a fishing village, Benoa has developed over the past 20 years into a major player in the tourism sector. The calm waters and the beautiful white sand beaches have made Benoa the prime water sport area of Bali. Being a peninsula that is only accessible from one direction, Tanjung Benoa is still relatively quiet with a more relaxed feeling. 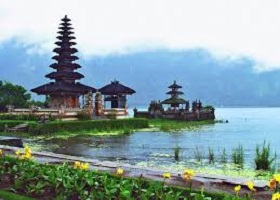 Day Lembar, Lombok, IndonesiaArrives 07:00 AM Departs 04:00 PM
"While the distance between the Indonesian islands of Bali and Lombok is small, 35 kilometers (22 miles), the islands are worlds apart. The former is lush and green, the latter drier and scrubbier. Bali is mostly Hindu; Lombok, like most of Indonesia, is predominantly Muslim. Even the animals and birds are different on the two islands, as they sit on opposite sides of the Wallace Line (discovered by the 19th-century naturalist Alfred Russel Wallace, it marks the boundary between areas populated by Asian and Australian fauna). For the traveler, an essential difference is that while Bali welcomes thousands of visitors each year, Lombok remains largely under the radar, offering a look at Indonesian life on an island without large resorts or tour buses.

Mataram, Lombok's largest town, has a few sights, the most notable being the temple-mosque complex of Pura Lingsar. Dominating the entire island is Indonesia's second-largest volcano, Gunung Rinjani, and even if you don't attempt to reach its summit, a walk along its trails offers glimpses of birds and monkeys and views of the entire island. Finally, the beautiful Gili Islands, even smaller and more off the beaten path than Lombok itself, are worth the journey to reach them. " 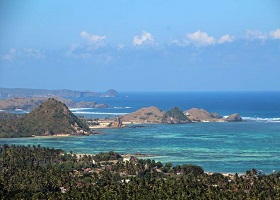 Day Loh Liang, Komodo National Park, IndonesiaArrives 01:00 PM Departs 06:00 PM
The home to about 5,700 of the unique Komodo dragons, this park works to protect its biodiversity,. It has been declared both a UNESCO World Heritage Site and Man and Biosphere Reserve. In addition to Komodo dragons, there are other notable wildlife here such as the orange-footed scrub fowl and the Timor deer. Marine life here finds more than 1,000 species of fish, 260 species of coral, Dugong sharks, manta rays, over 14 species of whales, dolphins and sea turtle, plus 70 species of sponges. 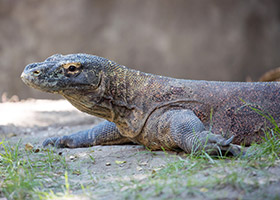 Day Ende, Flores, IndonesiaArrives 07:00 AM Departs 05:00 PM
Located on the island of Flores, Ende has both a hospital and a university and people with good English skills. This remote harbor is located near Mount Kelimutu volcano where the 3 crater lakes change colors all the time, and also near Blue Stone Beach with rocks of all colors, At Wologai Traditional Village you will see traditional houses, master wood carvers and traditional cloth weavers. 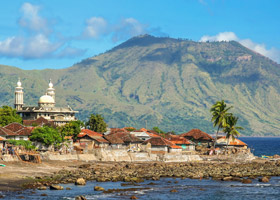 Day Pulau Banda, IndonesiaArrives 08:00 AM Departs 02:00 PM
The islands that make up the Banda Archipelago are perfect for people who want great snorkeling and diving, remote locations away from touristy places and the opportunity to try delicious local cuisine. Up until the mid-19th century these islands were the worldâs only source of nutmeg and mace. The main attractions here now is 17th century Fort Belgica and the Gunung Api Volcano. 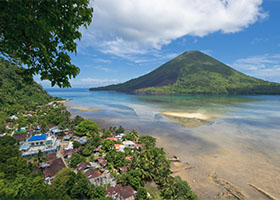 Day Kokas, IndonesiaArrives 08:00 AM Departs 04:00 PM
This will truly be your expedition opportunity. Kokas is a small village located on the McClure Gulf and known for ancient rock drawings known as blood paintings. Zodiacs can take you into caves or kayak on your own. 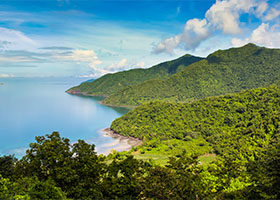 Day Triton Bay, IndonesiaArrives 10:00 AM Departs 05:00 PM
Triton Bay is at the heart of the Kaimana Marine Protected Area, the best diving location in Indonesia. Since it was first surveyed in 2006 the entire region is still being explored and new dive sites introduced every year. The bay has unique underwater habitats, colorful corals, an enormous fish life and is remote, lovely, pristine and the opportunity of a lifetime. 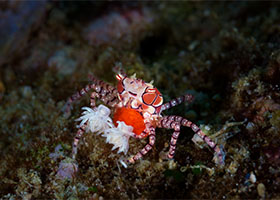 Day TualArrive 06:00 AM Depart 10:00 AM
Tual is a city in Maluku Province of Indonesia. The city, called Kota Tual in Indonesian, is geographically located within the Kei Islands, on Dullah Island. The city was located in one of the key maritime routes of the spice trade which extended from the Moluccas southwards towards the Lesser Sunda Islands and Java, which have had significant effects on the culture and people in the region.
Day At Sea

Day Thursday Island, Queensland, AustraliaArrives 01:00 PM Departs 06:30 PM
Part of the fun of Thursday Island is the wet landing needed to get there. It will seem like time stands still on this colorful island paradise, which is home to the indigenous Torres Strait Islanders whose lifestyle has evolved from the sea. During World War II Thursday Island became a military base for Australian and U.S. forces. Enjoy a drink on the pub deck overlooking aquamarine waters and offers a chance to interact with the friendly locals. 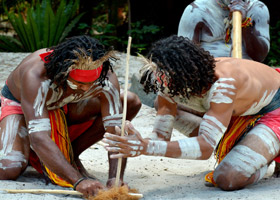 Day Lizard Island, AustraliaArrives 08:00 AM Departs 05:00 PM
Australiaâs northernmost island resort, located on the Great Barrier Reef is not only tranquil and remote, but full of natural beauty. There are 24 powdery white isolated beaches with delightful snorkeling among the coral and abundant marine life. Some of the worldâs best dive sites can be found here. The simple but delicious food of the island embraces modern Australian, European and Asian cuisines using local fresh produce. 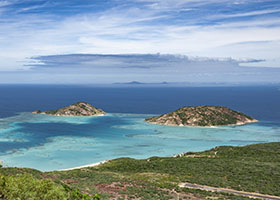 Day Cairns, AustraliaArrives 07:00 AM
"The gateway to Australia's Great Barrier Reef and the tropical north of the country, Cairns sits on the east coast of the Cape York Peninsula in northern Queensland. This laid-back city is popular with travelers who depart from here for days of sailing, diving, snorkeling and trekking through nearby parksa celebrated launching pad especially for those who want to explore the reef, the Daintree Rain Forest and other attractions of this part of Queensland. And what better place to start one's adventure? The residents of Cairns are welcoming, the beach life fantastic and the climate consistently sunny and warm. Wend your way due east of Cairns, and you'll find yourself on the Great Barrier Reef, the world's longest coral reef and also the world's largest living organism. Famously visible from outer space, it's often been described as one of the Seven Natural Wonders of the World. The Kuranda Scenic Railway is a different sort of wonderan engineering marvel from the 19th century that passes through rain forests on UNESCO's list of World Heritage Sites before reaching the village of Kuranda. Green Island, a 6,000-year-old coral cay, is an easy day trip from Cairns with opportunities to snorkel and swim; Port Douglas, an hour north of Cairns, is a favorite with visitors thanks to its top-notch restaurants, art galleries and boutiques. Finally, hop on a six-person cable car known as the Skyway Rainforest Cableway for a bird's-eye view of the stunning natural appeal of the region. " 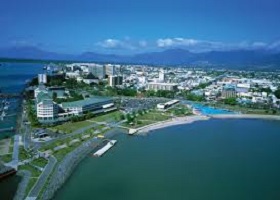