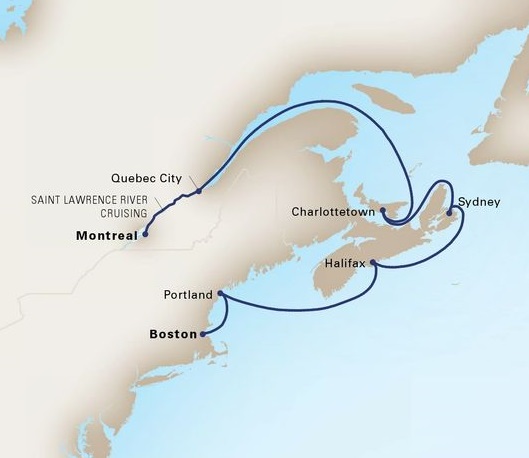 Day Boston, Massachusetts, USDeparts 05:00 PM
The ports of New England and eastern Canada bear witness to fascinating histories and vibrant cultures that continue to thrive to this day. Approaching these cities from the sea offers a memorable perspective: For many immigrants to North America, their first glimpse of their new lives would be from the decks of ships sailing into these harbors. While the fishing villages of New England and Canada's Atlantic Provinces embody a long seafaring tradition, neither region is frozen in time. World-class museums and celebrated restaurants sit side by side with historic sites. Whether you want to explore the early days of Canada and the United States or see what the future holds for their metropolises, a journey along North Americas Atlantic coast promises to be unforgettable.
Day Portland, Maine, USArrives 07:00 AM Departs 03:00 PM
Squint your eyes and admit it: Doesnt that skinny, bearded hipster walking down the cobbled street look a lot like a 19th-century sea captain heading to the wharf to check his ship? Modern Portland, first settled in 1633, carries the marks of both subsets of Mainers. The restored brick buildings and warehouses of the Old Port and the fine upright houses of prosperous captains, merchants and shipbuilders make the citys past a living part of its present. And the waterfront is a going concern, not a museum: Fishing boats chug into and out of their berths, buoys clang, harbor seals bark. Those shop windows arent displaying hardtack, rope or hand salve, though. Juice joints, art galleries, bookstores (and comic-book stores!), worshipful temples to coffee, locavore bistros with national press, bespoke menswear designers and gelato shops all jostle for attention. Dont limit your visit to the Old Port, though. Wander through the terrific art museum or take a tour of one of the citys historic homes. Jump on a ferry or whale-watching boat and get out into the busy harbor. Head to the coastcraggy, windswept, dramatica glorious and undeniably New England panorama. Get out and take it all in. Welcome to Vacationland. 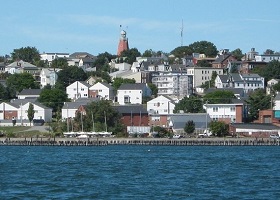 Day Halifax, Nova Scotia, CanadaArrives 10:00 AM Departs 07:00 PM
The ports of New England and eastern Canada bear witness to fascinating histories and vibrant cultures that continue to thrive to this day. Approaching these cities from the sea offers a memorable perspective: For many immigrants to North America, their first glimpse of their new lives would be from the decks of ships sailing into these harbors. While the fishing villages of New England and Canada's Atlantic Provinces embody a long seafaring tradition, neither region is frozen in time. World-class museums and celebrated restaurants sit side by side with historic sites. Whether you want to explore the early days of Canada and the United States or see what the future holds for their metropolises, a journey along North Americas Atlantic coast promises to be unforgettable.

Day Sydney, AustraliaArrives 10:00 AM Departs 06:00 PM
"If you want a snapshot of Australia's appeal, look no further than Sydney: The idyllic lifestyle, friendly locals and drop-dead natural beauty of this approachable metropolis and its attractions explain why the country tops so many travelers' wish lists. But Sydney is more than just the embodiment of classic antipodean coolthe city is in a constant state of evolution. A list of what to do in Sydney might start with the white-hot nightlife, with its new cocktail bars and idiosyncratic mixology dens. Inventive restaurants helmed by high-caliber chefs are dishing up everything from posh pan-Asian to Argentine street food, while the famous dining temples that put Sydney on the gastronomic map are still going strong too. The famed harbor is among the top sightshome to twin icons the Sydney Opera House and the Sydney Harbour Bridge, it is the stepping-off point for some of the city's best cultural attractions and sightseeing. In one day you can sail around the harbor, get a behind-the-scenes tour of the opera house and climb the bridge, with time to spare for people-watching over a flat white at a waterfront café."

Day Charlottetown, Prince Edward Island, CanadaArrives 08:00 AM Departs 06:00 PM
"Charlottetown is the capital of Canadas smallest province, Prince Edward Island, as well as its largest city, though it has fewer than 35,000 residents. Despite its modest size, the city has an impressive number of Victorian houses and buildings and great parks waiting to be explored. For Canadians, it is perhaps most famous as the Birthplace of Confederation. It was here, mostly at Province House, that an 1864 conference led to the creation of the Dominion of Canada. Prince Edward Island is linked to New Brunswick on the mainland of Canada by the 13-kilometer (eight-mile) Confederation Bridge that soars over the Northumberland Strait. A remarkable feat of engineering, the bridge opened in 1997 and is the longest in the world over icy waters. Sites within downtown Charlottetown include the lovely Victoria Row, which becomes a pedestrian mall each summer, and other historic buildings, some of which are now museums. Nearby Prince Edward Island National Park is home to white-sand beaches and hiking and biking trailsplus fans can see the house and farm that inspired the beloved book Anne of Green Gables. During your visit, you can also learn about the daily lives, past and present, of residents on lighthouse and boat tours. " 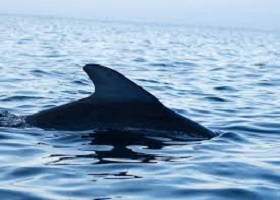 Day Quebec City, Quebec, Canada / Saint Lawrence River CruisingArrives 07:00 AM Departs 05:00 PM / Cruising
"Few places in North America are as steeped in history as Québec City, Canada. Older than Jamestown and founded before the Pilgrims landed at Plymouth Rock, it is the only city north of Mexico whose original fortifications remain intact. The Québec City historic district, a UNESCO World Heritage Site, is still home to religious orders and hospitals that date back to the 17th century. Its Place-Royale would look familiar to the explorer Samuel de Champlain, even with its modern attractions of gift shops and cafés. On the Plains of Abraham, you can walk the battlefield where, in 1759, the French forces under General Montcalm were decisively trounced by the British, led by General Wolfe. The British took control of all of New France within a year of that 1759 battle, but even so French culture still lives on here in Québec City. More than 95 percent of Québec City's population speaks French as its first language, though it's easy to sightsee and navigate the city in English. As you tour the museums and historic sights of Québec City that celebrate Québecois history and dine at restaurants that serve its distinctive cuisine, you'll discover a remarkable culture that has survived and thrived into the 21st century."