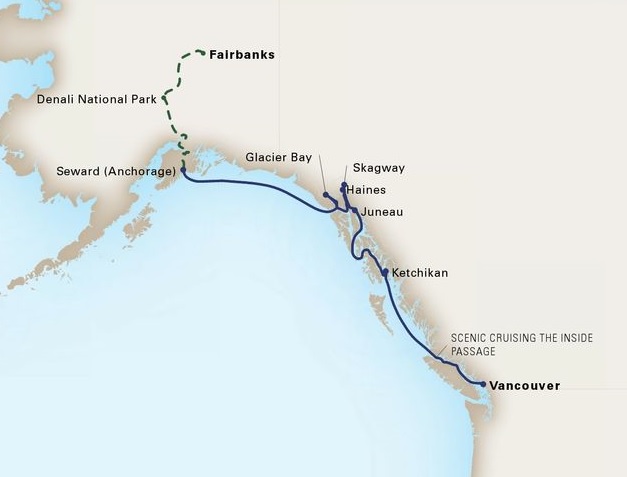 Day Fairbanks
"Bearing the nickname the Golden Heart, Alaskas second-largest city was born of gold rush fever, thanks to Italian immigrant Felix Pedro who found the precious metal in 1902 near where Captain E.T. Barnette decided to build a trading post on the banks of the Chena River. Though much of Fairbanks today is an amalgam of modern shops and malls, its history is celebrated at the 18-hectare (44-acre) Pioneer Park, which includes a Gold Rush Town with 35 restored buildings. Fairbanks also preserved its City Hall, which now houses the Fairbanks Community Museum. The citys location in Alaskas interior makes it a gateway to the arctic, and in summer tourist boats run cruises along the Chena and Tanana rivers. Fairbanks is a city of festivals, from Julys Golden Days commemorating its past, to Ice Alaska in February and March, when residents make the best of its brutal winters by playing host to a slew of international ice sculptors who descend on the city for the World Ice Art Championships. The city is one of the best places in the world to see the aurora borealis, which appears on average 243 nights of the year. For more insight into Fairbanks, the Morris Thompson Cultural & Visitors Center is a good place to start. " 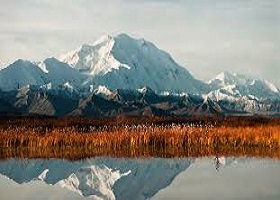 Day Denali National Park
"Almost as large as the state of Massachusetts, Denali National Park is the first and last stop on any adventure into Alaskas wild. At some 24,500 square kilometers (or 6 million acres) including the surrounding preserve, it is the third-largest national park in the United States, after two other Alaska parks: Wrangell-St. Elias and the Gates of the Arctic. The park offers excellent chances for seeing wildlife, including moose, wolves, caribou, Dall sheep and grizzly bears. Presiding over it is the tallest peak in North America, Denali (formerly Mount McKinley), which means the tall one in a name derived from Koyukon, a language traditionally spoken by the Athabascan people of Alaska. The soaring mountain divides the park into north and south sides. The south side is most popular with mountain climbers and those on flightseeing tours, while the north is where the bulk of visitors go, traveling along Park Road, which winds for 148 kilometers (92 miles) through Denali National Park. Visitors can sightsee the entire way via the green Visitor Transportation System shuttle buses, which stop at various hiking trails. The mighty mountain is actually not visible from the entrance of the park that bears its name; some of the best vantage points from which to see it are between miles 9 and 11 on Park Road. Other notable sites include the Husky Homestead, an Iditarod-training center for husky sled dogs, while the kid-friendly Murie Science and Learning Center showcases a fossilized footprint of a three-toed Cretaceous-era theropod dinosaur, found in the park in 2005. " 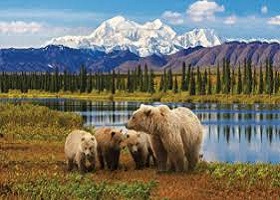 Day Seward (Anchorage), Alaska
One of Southcentral Alaskas oldest communities, Seward is ground zero for the Klondike Gold Rush's Iditarod National Historic Trail, a dogsled route that connected the Kenai Peninsulas ice-free port with Nome during frontier-era winters. Though the modern race makes a ceremonial start in Anchorage, its inspired by the famous run of 1925, which dashed along parts of this older path. It allowed 20 mushers to carry urgently needed diphtheria vaccine more than 1,000 kilometers (621 miles) in just over 127 hours. Natives and explorers from Russia, Britain and the United States all frequented this area before Sewards official founding in 1903. The early settlement included a colorful neighborhood known as Homebrew Alley which was erased by a 9.2-magnitude megathrust earthquakethe second most powerful ever recordedwhich dropped the shoreline nearly six feet in 1964. Today this mellow town welcomes visitors to Resurrection Bay and Kenai Fjords National Park, not to mention the 204-kilometer (127-mile) Seward Highwayhonored as an All-American Roadstretching north to Anchorage. In town, favorite stops remain the Alaska SeaLife Center, a research aquarium open to the public, and the steep, stony 920-meter (3,018-foot) Mount Marathon, which hosts one of Americas oldest footraces each Fourth of July.

Day At Sea (Gulf of Alaska)
"Seattles skyline quickly gives way to mist-shrouded islands, towering Douglas firs and rank upon rank of snow-gilded mountains. Eagles skim low over the water, competing with humpbacks and killer whales for the areas abundant fish. The truly deep tangle of trees begins in British Columbia: The worlds largest coastal temperate rain forest stretches from Vancouver Island and the Canadian mainland here up through Alaskas panhandle. Glaciers sculpted this stunning wilderness; in fact, their high-water marks remain visible. The massive sheets of ice smoothed and rounded any terrain under a mile high. The peaks, sharp and craggy, slice the air at over 1,370 meters (4,495 feet) in height, give or take. Glaciers remain a huge draw, of course, frosting mountain ranges and shearing icebergs into the oceanwatch for baby seals resting on them from May to early July! And dont forget to survey beaches for coastal brown bears, which can grow up to three times bigger than inland grizzlies, thanks to all the available salmon. Make sure to pack warm and waterproof gear, along with binoculars, so you can belly up to a railing and enjoy this magnificent beauty. " 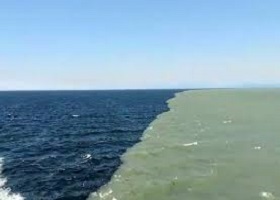 Day Glacier Bay
Frosted crags descend into mossy forests and a 457-meter-deep (1,500-foot-deep) fjord at this World Heritage Site, which is also one of the planets largest biosphere reserves. Stone, ice and water continue to collide, sculpting a dramatic landscape that is the crown jewel of southeastern Alaskas natural wonders.

Day Haines, Alaska
Haines is one of the most popular Alaska cruise ports and one of the best places for hiking, fishing and wildlife viewing, especially bald eagles. Within the Haines city limits Fort William H. Seward is a nationally recognized historic landmark, with some of its structures open to the public. Other cultural offerings in Haines include the Alaska Indian Arts Center where traditional craftsmen offer demonstrations of their work, the Sheldon Museum & Cultural Center where local Tlingit people are featured, the Hammer Museum, dedicated to the history of the hammer and the Tsirku Canning Company Museum with memories of Haines salmon canneries. 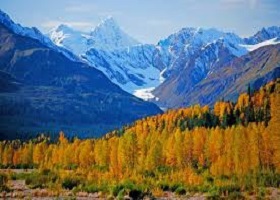 Day Skagway, Alaska, US
At the height of the Klondike Gold Rush, the port town of Skagway served as the primary gateway to the legendary gold fields, and quickly grew into Alaskas largest settlement. It was then a raucous frontier hub packed with trading posts, saloons and guesthouses. As the gold rush faded into the 1900s, so did Skagwaybut today it has been reinvigorated as a gateway for a new kind of visitor: those looking to explore Alaskas colorful history, pristine wildlife and unrivaled natural beauty. 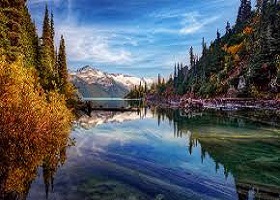 Day Juneau, Alaska
"Juneau, Alaska may well be the most remote, most beautiful and strangest state capital in the United States. Surrounded by water, forest and mountain sights, visitors seeking things to do in Juneau indoors and outdoors can hike a glacier, eat fresh-caught fish on a seaside patio and tour a grand capitol building all in one day. The city itself is pleasant, but the real highlight of a visit to Juneau is tracking down some wildlife. You can hike up Mount Roberts to chance upon wild deer and bald eagles. Most sightseeing and whale-watching tours head north to Auke Baybring a good pair of binoculars to get the best view of these majestic and surprisingly graceful creatures. If you prefer land mammals, catch a floatplane to a nearby wildlife reserve such as Chichagof or Admiralty Island to spy some bears lolling around. The sleepy, misty city of around 32,000mostly fishermen and small-business ownershas a frontier town vibe, but welcomes more than a million visitors each summer to its natural attractions, cementing Juneau as Alaskas number-one tourist destination. "

Day Ketchikan, Alaska
"Alaskas First City of Ketchikan is so named because its the first major landfall for most cruisers as they enter the picturesque fjords of the Inside Passage, where the town clings to the banks of the Tongass Narrows, flanked by green forests nurtured by abundant rain. Ketchikan has long been an important hub of the salmon-fishing and -packing industriesvisitors can try their luck on a sportfishing excursion or simply savor the fresh seafood at one of the local restaurants. It is also one of the best spots along the Inside Passage to explore the rich cultural sights of Native Alaskan nations like the Tlingit, Haida and Tsimshian. You can see intricately carved totem poles at the Totem Heritage Center and Totem Bight State Park, while the attractions of Saxman Village just outside of Ketchikan offers the chance to see Tlingit culture in action, with working carvers and a dance show in the clan house. And leave time to explore the sights in the town itself, including historic Creek Street, a boardwalk built over the Ketchikan Creek, where you can shop for souvenirs, smoked salmon and local art, while exploring gold rush­era tourist attractions like Dollys House Museum. "

Day Scenic Cruising Canadian Inside Passage
Today we cruise the fjords of Canadas Inside Passage boasting centuries-old coastal rainforests, beaches, waterfalls and mountains. Over 25,000 miles of rugged coastline lie in Canadas Inside Passage, joining Alaskas 15,000 miles of inside waters and provides a safe and sheltered West Coast waterway transit. In this isolated wilderness look for coastal First Nations longhouses fronted with proud totems and a variety of marine life, from orcas and porpoises to some of the largest populations of bald eagles in the world 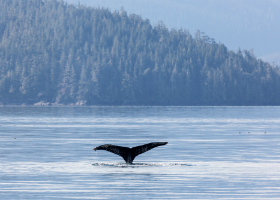 Day Vancouver, BC, Canada
Vancouvers location at the mouth of the Fraser River and on the waterways of the Strait of Georgia, Howe Sound, Burrard Inlet and all their tributaries makes this busy seaport an easy place for meeting. It is one of Canadas most populated, most ethnically diverse cities that is a popular filming location. Visit the interesting neighborhoods of Gastown, Granville Island and Chinatown. Walk across the Capilano Suspension Bridge and stroll through Stanley Park. See the Vancouver Art Gallery and the Museum of Anthropology. There is an amazing variety of things to see and do here.